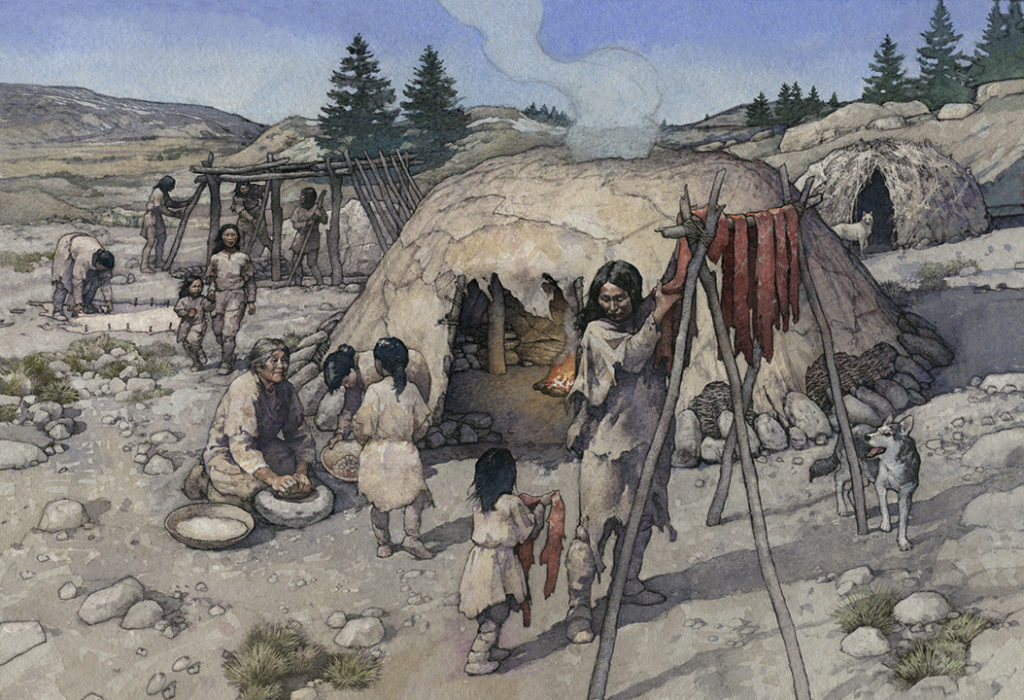 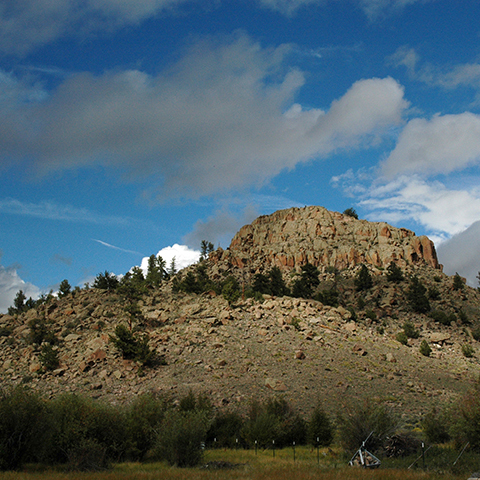 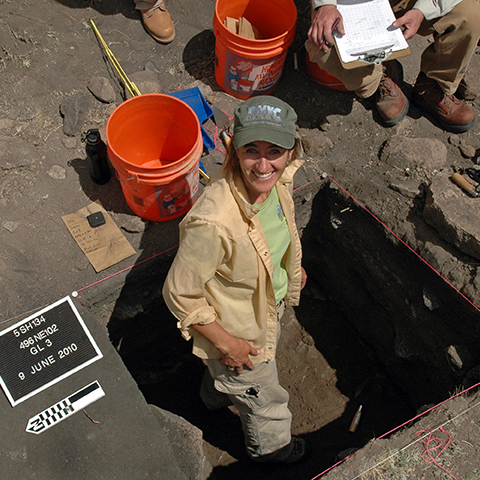 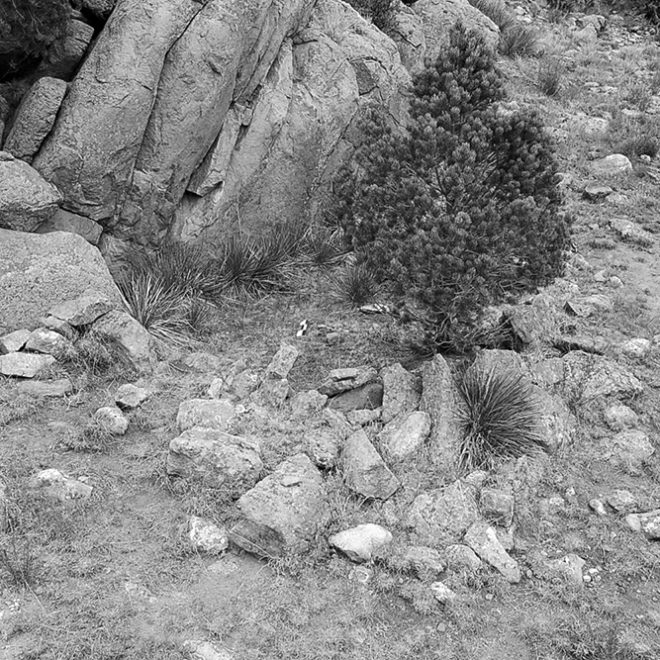 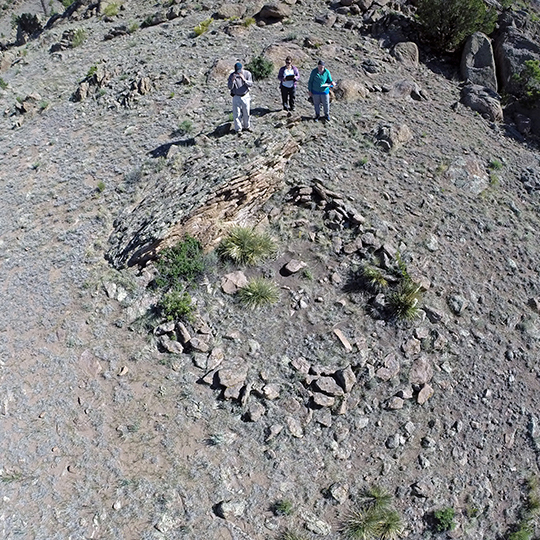 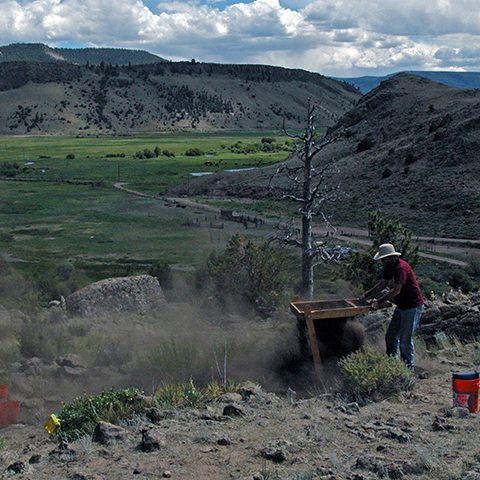 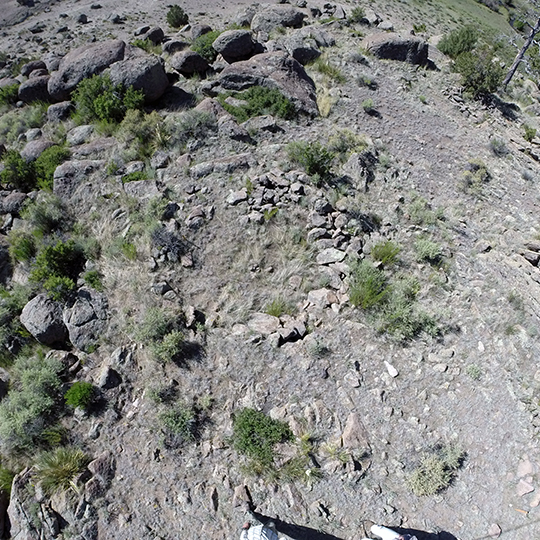 Upper Crossing is a multi-component site in western Saguache County, Colorado. The site’s features and buried cultural deposits preserve a robust record of the American Indian occupation of the San Luis Valley that spans more than four millennia. The oldest documented deposits contain a series of superimposed hearth features representing multiple, short-term hunting camps dating to the Middle Archaic. Late Archaic basin houses representing seasonal residential base camps occur in at least two parts of the site. Brief Late Prehistoric and Historic period occupations are represented by Puebloan and micaceous pottery from surface or near surface contexts, as well as by an extensive grove of peeled ponderosa pine trees. However, the site’s most conspicuous features are 30 stone enclosures dating to the early Late Prehistoric.

PCRG and the Bureau of Land Management began a long-term public archaeology program at Upper Crossing in 2009. Funding for the work has been provided by the BLM, History Colorado’s State Historical Fund, and the University of Colorado. Over the course of five field seasons, the program explored various aspects of the site’s complex archaeology. However, a primary focus of the research has been the site’s stone enclosures. Enclosure sites occur throughout the San Luis Valley, but prior to PCRG’s work at Upper Crossing little was known about their age, function, or cultural affiliation. PCRG’s Upper Crossing research offers important new insights about American Indian mobility and land use in the San Luis Valley. 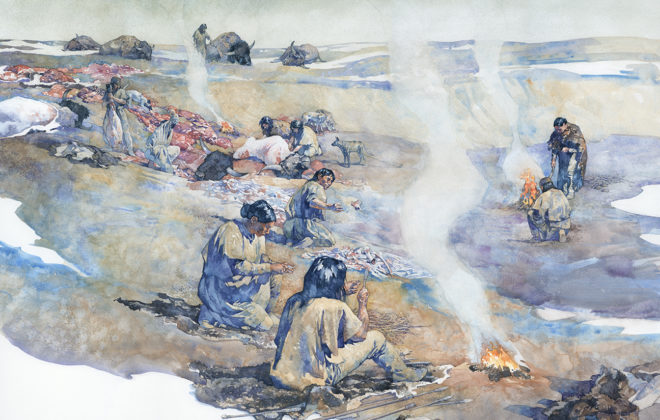 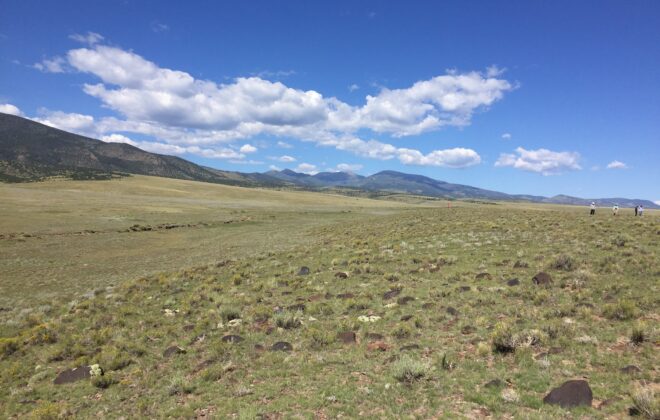 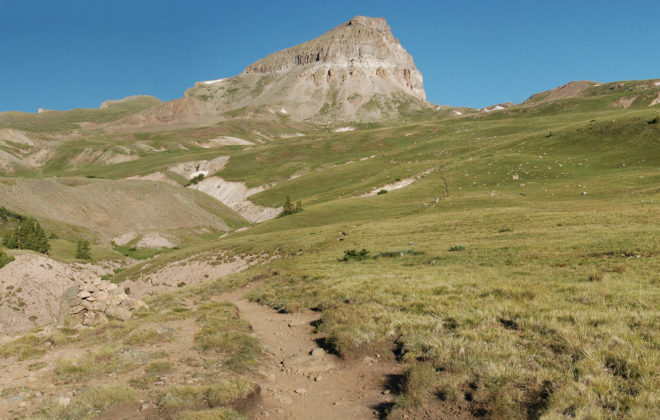 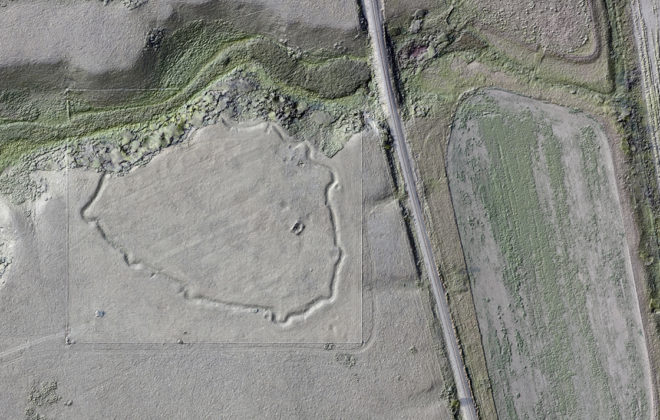